Melissa is the character whose teenage journey most resembles my own. (That photo is vintage me btw) In fact, it’s memoir wrapped in magic. The magic parts didn’t happen but I for sure felt the heavenly presence of my grandma angel when I sat late at night on those church steps. Far from home, knowing nobody, no money, no place to sleep, nasty boys wanting to do bad things to me.

How I got through it, and how Melissa did, too, is part of that story. I hitchhiked my way across the USA same as Melissa and other parts of the journey, including the junkie mom with a car she made me drive across several state lines, is true. Hope that baby of hers turned out okay.

Anyway, I have a few books on Amazon KDP, indie titles, and I don’t pay too much attention to them. I made them indies because I wanted to be able to give them away free as part of the KDP exclusive program. So I’m going to get better about doing that. And about a thousand other things. For some reason the steroids are really ratcheting up the marketing ideas! Just donated a set of up print books to the local library and introduced myself there yesterday. What will tomorrow bring? 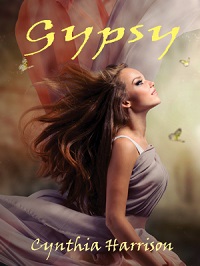 In my twenties, I discovered I was part Romany. This really blew my mind. I didn’t know much about the culture and didn’t feel any connection except that I loved Stevie Nicks and the song Gypsy. Shallow, yes? But then I started to think more about my hidden heritage and I found some threads that connected me to it. Or at least to the cliches our culture had taught me. I love to dance. I read Tarot. I’m into the mystic. Dress kinda boho.

As a young teen, I traveled (by thumb, not caravan) across much of the country. Nobody in my family thought anything of it. My grandfather rode the rails as a young man, staying in hobo camps, swapping stories and having adventures before completely reinventing himself into the very proper and mannered gentleman I always knew. So, wow, I was shocked. For a minute.

Then I remembered his mother read tea leaves during the Great Depression to keep food on the table. When my grandfather reinvented himself, he changed his name, (first, middle, and last!) married up, moved to a new state, and worked his way into an executive position at Ford Motor Company. He didn’t have much to do with his family of origin anymore.

“We embarrass him,” one of my great-aunts commented during a visit I made to the old neighborhood with my mother. Things kind of clicked into place. I didn’t know I had Rom blood because he didn’t want me to know. And that’s one of the things my character Laurel, from my own Gypsy (the title a homage to Ms. Nicks), has in common with me. Her mother has a reason she doesn’t want Laurel and her sisters to know they’re Rom. And it’s really bad.

But Laurel has secrets of her own. She visits a magical place called Paradise Fields with a little boy named Ryan, her guide to another dimension, but more, someone who leads her through space and time. Laurel’s mission is to travel the world to sit in compassion with dying children as they pass into other realms. It’s her life’s work, and nobody knows about it.

Then one day, Ryan takes Laurel to a young girl in Romania who doesn’t die. Next, Laurel aids another young girl, much closer to home. After Laurel’s promotion, things get scary. She has to stop murderers and rapists and doesn’t know much about how to work with her powers. It’s a learning on the job situation.

Laurel’s life takes another even more thrilling turn when swoony gyspy cop Nate Haywood enters the picture. Nate asks Laurel for promotional help (her day job) with the threatened Rom in their tiny, tight community. As their attraction grows, Laurel finds her secret life difficult to conceal from Nate.

There are mysteries solved, love stories consummated and sad passings in this paranormal novel I wrote (along with it’s follow up novella, Sweet Melissa) exclusively for Amazon KDP. You can check Gypsy out of their library for free or purchase it.

I had so much fun researching the real Romany community as I wrote these stories. The culture my body only contains a strand of is more rich and intriguing than Stevie Nicks ever imagined. That’s one of the great things about writing stories. They connect you more deeply and fully to what you already want to know.

Special shout-out to Helen Christmas for the invitation to join the “Meet My Character” tour. Read about her own character here.  Helen sets her books where she lives, in England. ‘Beginnings’ introduces a character from her series that begins with ‘Same Face Different Place,’ a 1970s romantic thriller set London. The 2nd book of the series ‘Visions’ is set in rural England, in the era of the 1980s. Helen is busy at work on her 3rd book.

My favorite book blogger, Bodicia, who is much more than a book blogger, she is also an awesome writer of humor and serious thought pieces, has surprised me this morning with a review of Gypsy!

This could not come at a better time as I am adding reviews to the book page. Not too many, just a few for each book. It’s been emotional for me reading the kind things strangers have to say about my books. You never know when you write these things, if they’re just for you or if someone else might enjoy.

May have mentioned how crap I am at marketing my books. I like to write, so that’s first. And then there’s the day job. Al is a job all by himself. (I told him that yesterday and he was highly insulted, but it is true.) So marketing, that’s like job #4. I do love Twitter, and I link to my blog posts, because I like blogging, but setting up little blurbs and things for the books, not so much.

Gypsy and Sweet Melissa are my paranormal indies, and I really stepped out of my box to write the paranormal elements, but it was fun. My thought was, well, it might be just fun for me and nobody else, but I’ve gotten good feedback so far, so yay. Al is reading Sweet Melissa (he is not a fiction reader and this is the first book of mine (#7 with #8 release any day now, so it’s kind of a big deal to me). He really likes it. Hey, a positive review from my husband! Haha. That’s like saying “My Mom really loved it.” Or more to the point “My Aunt Louise thinks it’s great.” My Aunt Louise thinks everything I do is great. Mom, not so much.

Gypsy and Sweet Melissa are Kindle exclusives and together they make up the Traveling Girls series (so far). So I thought, well, with Gypsy being reviewed, maybe I will offer a Kindle Countdown for Sweet Melissa. That’s a marketing plan! And it’s so easy. I just did it in between writing this post. Sweet Melissa will be discounted from July 9-16, so there you go Kindle readers:) 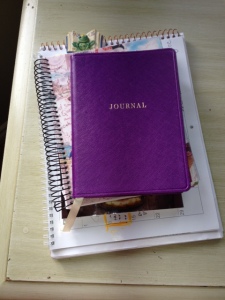 I’ll tell you a secret about Melissa. She’s me. Everything about her adventure in those first chapters are things I experienced. Right up until she runs away from the house full of stoned men, yes, that happened to me and I ran. I also found the steeple. Cold church steps and a blanket of stars were my sanctuary that night.

That’s where Melissa and I parted ways and she became her own person, with her own angels and demons, her own connection to the supernatural. When I was on the church steps, I felt the presence of my beloved grandmother, who had recently died. My invisible angel. And at that age, on the edge of seventeen and in deep shit, I needed all the angels I could get.

Melissa doesn’t have an angel; she has a guide. Natalia is a living being, another teenaged girl, who interacts on other planes of existence, in other dimensions. Her mission is to save Melissa from a murderer. Pretty big order for a fifteen year old. But then Natalia’s family has been woven into the world of Paradise Fields for generations, and she was born to do this work, traveling between worlds.

I found mention of Paradise Fields in a book on mythology, an interest of mine since I was Melissa’s age. Sometimes with writers, a word, or two words, resonate. And Paradise Fields resonated for me. In mythology, the Fields are a plane of existence akin to my own Catholic purgatory, only nicer. I knew I had to use those words, claim them, somehow. And so I did. I built a world far removed from anything in the myths and legends, intersecting my interest in superstring theory with many “what if” elements.

My novels are earth-bound things, firmly grounded in the here and now. But for Melissa, I let my imagination take flight in ways new and thrilling. I did some other new things with Sweet Melissa. It’s my first published novella, although the form is a favorite of mine. And it’s also the first published work featuring new adults and teens. All my novels have subplots with teenaged characters–now that you know what a little vagabond I was, maybe that makes more sense. I just get that age and its challenges. But I never gave myself permission to put the new adults first in a book. Until now.

Many firsts, but that’s what we writers live for, what all creative types seek with each project. To make new. Welcome to the world, Melissa.

Above is the header I’ve been trying to incorporate into the website for a week. Thursday someone will be helping me make that happen for real. Just a little preview before unveiling the new. She’s helping  me do a few other things, too. Also, I already forgot (again) how to wrap text and time is short today so just pretend I prefer this image this way. Eventually everything will work itself out. I’m confident. You need lots of that to be a writer.

I just finished a novella. The first scenes rely heavily on a short story I wrote many years ago about a trip I took many years before that. When I took the chapter to my critique group, I relied on them to let me know when anachronisms slipped in. Really, the entire trip was an anachronism, like saying “What a trip,” and not talking about vacation.

But I worked with what I had and then I asked a young friend to read and be ruthless. She worked her magic and finally I think I have a story from 1973 than works in 2014. That’s how it always works, at least for me. Writing relies on memory. Why else write but to capture those magic times when the world seemed new and full of possibilities?

Or at least that reason to write should be in the shopping cart along with love, sex, revenge, and death.

As I prepare to send my Sweet Melissa into the world, I’ll find out if I have succeeded in making over yesterday into something new. And it should arrive at just about the time the new header comes, too.