My favorite part of writing is the first draft. It’s like flying on a magic carpet inside my mind. I do not bring my inner critic along. I know she’ll be back for revision, when I need her. I finished that fun first draft in November. December I took a month off to enjoy the holidays. It’s difficult to be a friend when I’m in writer mode. My closest friends understand, but many people don’t get why I am out of touch. Here’s why: I shut myself off for hours every day and come out exhausted, my mind spent. I can do mindless things like cook dinner, sip a glass of wine, and maybe watch an episode Madam Secretary. But I do need time for the magic carpet to land before I’m worth much more than that. Lucky for me, my husband understands.

In November, I saw very few of my friends, as I worked to finish a first draft of new novel. I did take Thanksgiving Day off, but I worked harder than usual the rest of the month. It’s joyful work. I really love that first draft where a story unfolds itself onto the screen from my willing fingers dancing on the keyboard. It’s a party for one, that first draft. But, like all parties, it leaves a bit of a mess to clean up. In December I avoided my messy first draft and saw all my friends, some more than once. I went out to dinner, to parties, to lunch. I shopped and gabbed on the phone. I was the social version of Cindy. I didn’t miss writing because I still got up every day and wrote morning pages which is pen to paper and a habit I love. I do those pages while having tea. It’s a wake up ritual where I sometimes plan my day, sometimes complain, sometimes make a gratitude list.

Come January, I was ready to revise. I take revision in steps. First there’s the big picture. Is my plot tight with just the right amount of digression to make it quirky but not too much to bog it down? Are my characters fully realized? Is there conflict? Does my murderer have motivation, means and opportunity? Do a few other characters have some of that too? Are any important characters stereotypes without their own personality and flair? Yes to all the above. It happens every time. That’s okay. I figure out which characters need work and the rest of it, too.

With bad guys, they need to be really bad and their motivation has to be more than “he’s a psyco” ~ Motivation needs to be personal and complicated, like people are complicated. Murder is seldom random. Seldom committed by a stranger to the victim. It happens. But not in my books. I want the killer there in the midst of the characters, hiding in plain sight. The other thing I do with my murderer is write his story of “why” and “how” in his own words. That doesn’t show up in the book, but it helps make the book better, just because I know exactly what the killer knows. I like research, so I bought a few books to help me with the two characters I knew needed work in the new book. The first was my villain who really is not “superbad” as he needs to be. So Sasha Black, I’m counting on you to clue me in. 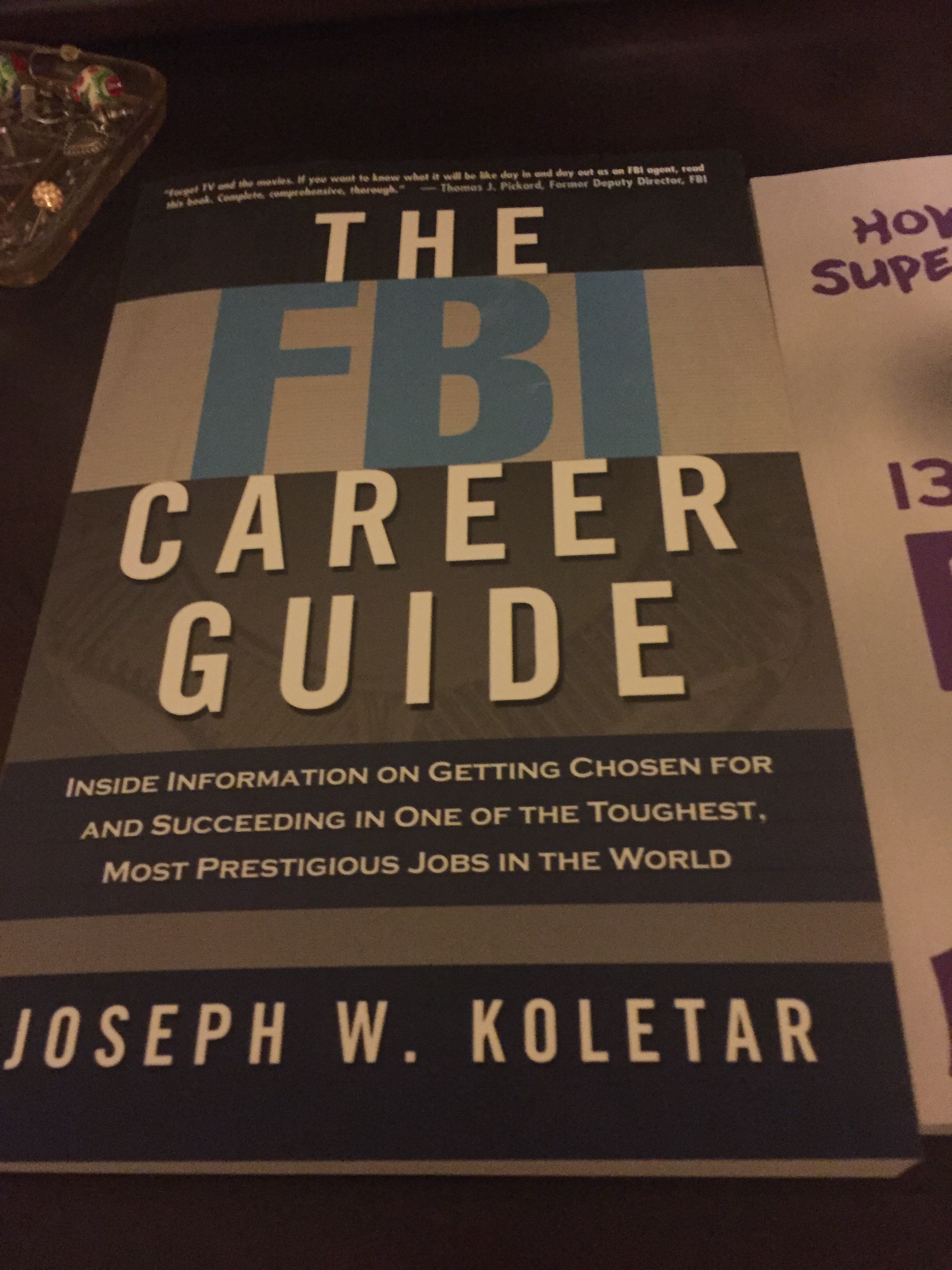 The second character I knew I’d glossed over because the reader only sees her once. She’s an FBI agent involved with a main character and I kind of wanted to keep her hidden because I did so much research on police detectives and procedures plus everything about being a PI in my last novel. So I felt like hell no I don’t want to research the FBI. But really I couldn’t have the book I wanted without doing the work. I didn’t have an easy time tracking down any FBI books. I was ready for FBI for Dummies but found this instead. I’ll be reading both of these books and fleshing out these characters as the next step in my revision process.

Funny how a first draft flies for me. I can literally write one in a month. But it takes a year or more to revise that first draft. That wonderfully chaotic and rushing world will change, gain depth, but still keeps its boyant fervor. First drafts take a month, finished drafts take a year. Or more. I love every single part of the process. Even fully rounding a previously flat FBI agent.