7 weeks and 5 days. That’s how long we’d been apart. I don’t know what I was expecting when Al arrived, except to feel relief and happiness. That’s how I felt, but all too fleetingly. He came in at night, and we had our first argument a few hours later. It had to do with me wanting to stay in Florida longer next year. He said something rude and I snapped back and we went to bed without saying sorry. First night!

It happened again the next night and the night after that I picked a silly fight over nothing. I vented for about five or six pages in my journal and started to notice I was going over all the ways he’d let me down over the years. I stopped and went to bed, third night in a row with no kiss goodnight. We always kiss goodnight. What the hell was happening with us?

The next morning I remembered a book I’d been reading by Amy Morin…one of the things mentally strong people do not do is dwell on the past. There’s a check list with every chapter and I’d come out as needing to work on that. (Out of the 13 Things, I need to work on 6 of them!) So I reread the chapter and noticed that dwelling on the past means there are unsolved issues that need to be cleared up. 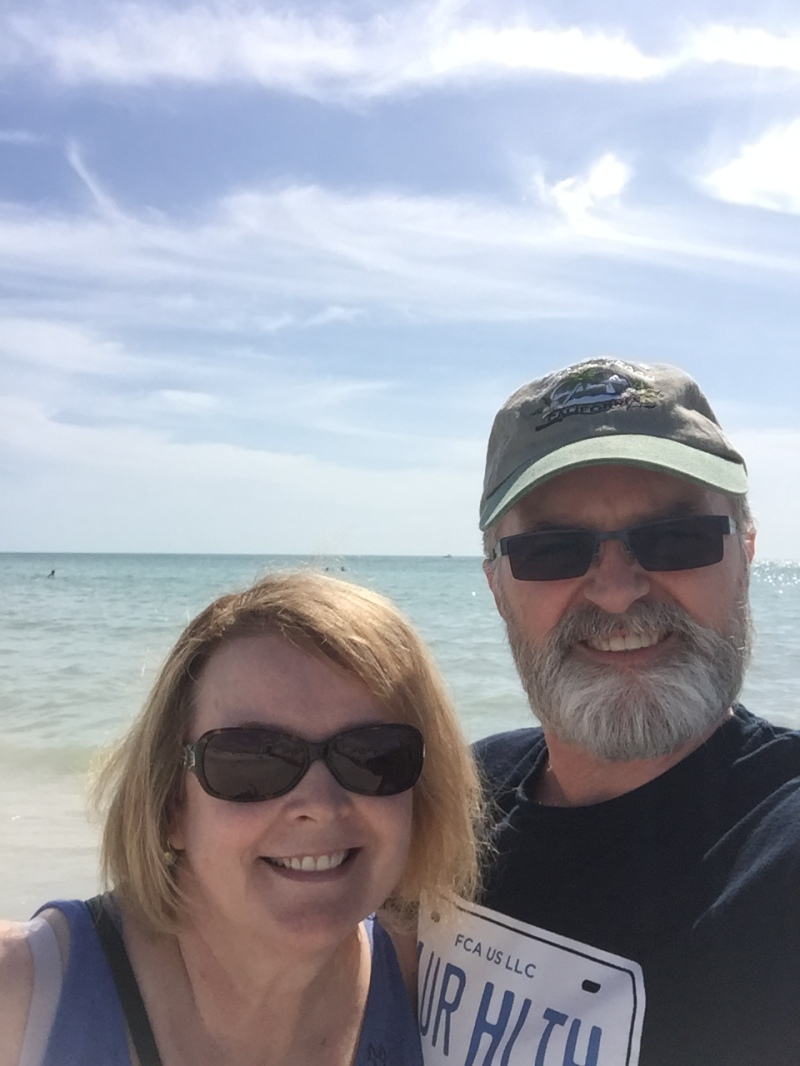 I realized that I was angry with Al not because of the past but because next year we were supposed to be here for four or five months together. He was supposed to retire at the end of 2017. When he told me he’d decided to work a few more years, I immediately buried the hurt and rejection I felt because I wanted to be supportive of him in his career as he had always been of me with both writing and teaching. I didn’t even realize I’d bottled it up.

Instead I waited until he got here and picked on him about stupid shit. Finally that 4th morning, I told him how hurt and upset I was about him not being with me next winter. He started to remind me that we always supported the others’ work decisions. I said “I know and agree, but that’s in my head. In my heart, it hurts.”

Al did not say “that’s it, I’m retiring tomorrow.” He’s still got his plan, which is fuzzy and depends on when his auto plant actually closes down. I hate having the future be so unclear, but I do know I can’t abide another Michigan winter. It has been more lovely here than I ever could have imagined. I did just fine on my own, something I would never have suspected. I’m dreading going back to Michigan in a few days. That’s probably not very mentally strong of me, because mentally strong people do not fear change, but at least I am admitting the problem. And I’m working on it.