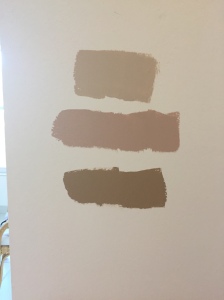 I love color. The problem last week was, we were living in a white house. White walls, white cabinets, white carpet, white doors, white window blinds. We went to the paint store and began the task of coloring our Florida world. I had my original idea of what sort of color and design I wanted to achieve back in Michigan months ago. I would bring my Desert Rose dinnerware and use the dusky rose and moss green colors. I had this idea that I wanted to do an update of the “Old Florida” look, the one I remembered from my grandmother’s and great-grandmother’s houses, the Florida before Disney. The pattern of my dishes was a good starting point, but I have not painted my house dusky pink. We chose sand for the main rooms. 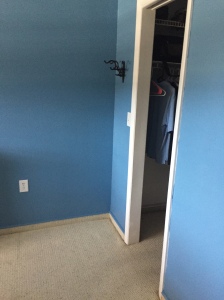 In the bedroom I was going for an ocean blue, although the one we ended up using was a bit darker than it looked on the little card in the paint store. That was fine, I was getting some color and it made the white that remained pop. There are white sconces in the living room that look awesome with the sand walls. We used a latte color on the baseboards, which had previously been, you guessed it, white. So, house is painted, or most of it. I am reserving the right to paint my tiny kitchen dusky rose. That can be a project for me after Al leaves later this week. Not looking forward to dropping him off at the airport on Thursday. It will be sad because we (usually) have a lot of fun together.

Also this week: finally took delivery of a real bed! I hope to buy a few more pieces before Al leaves (he’s still got a job in Michigan,which is why he’s leaving. My hope is he misses me so much that he retires). I have no idea how I will cope without him for two months. We’ve never even been, in 31 years, apart for two weeks. Here’s an example of the kind of guy I married: I meant to hire a painter but Al said he’d do it. The man is such a worker and he’s meticulous.  The house looks great in color 🙂 I’m gonna miss him for more than his handyman skills, though. We’ve been having fun getting to know our neighbors, visiting friends, and checking out our new town. 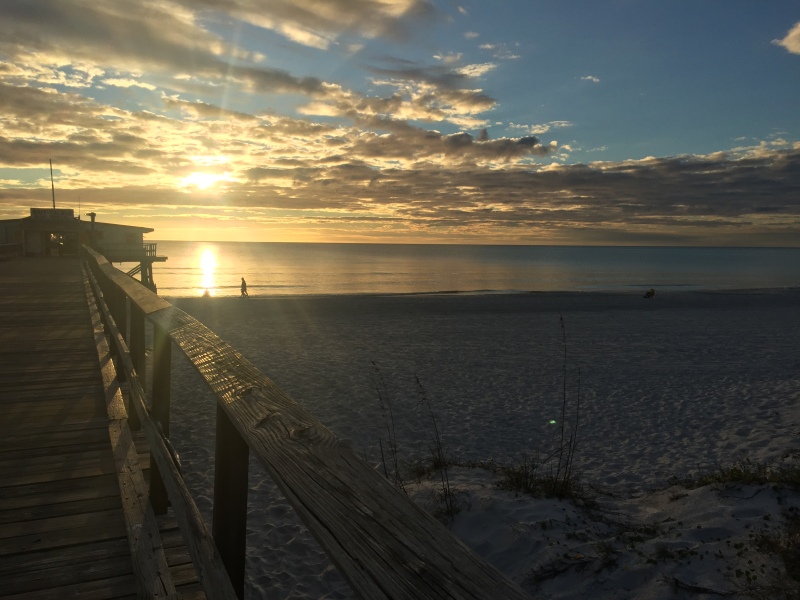 Another thing that reminds me of “old Florida” ~ as a kid I used to go to shows like Weeki Watchee. I’ve loved mermaids ever since. Back in Michigan I was thinking of doing a long boring hallway in a mermaid mural. Al was not impressed, but  I figured out a more subtle compromise. I found an abstract painting and the way the colors are layered reminds me of a mermaid swimming the ocean. I found a brightly painted mermaid carving too.

Now that the nest is (mostly) feathered, I just need to figure out how to be alone.