Ancient, hunched, lost. The woman standing next to me in the spice aisle of the grocery store muttered to herself about not being able to find the garlic. Searching out my own exotic spice, I happened upon garlic and pointed it out to her. She thanked me and said “I’m so blind.”

She wasn’t literally blind; her eyes had no problem meeting mine. I made a comment about knowing how she felt. Until I had cataract surgery, I’d been severely near-sighted my entire life. I quickly learned she had not only cataracts but floaters and some type of macular degeneration.

My style is generally not one that includes striking up casual conversation with strangers in grocery stores. But this is Christmas, I am getting older myself, and felt some empathy toward this silver-haired woman. So I tried kindness. “But you’re doing so well!” Cooking for the holidays is a good sign, right?

She went on to list ways her life had contracted, ways her body had betrayed her. “I’m so sorry,” I said, gently extracting myself from the litany of misery. Despite what her words conveyed, I had a sense that she was a strong person. And there was something about her that drew me in despite my usual grocery store reserve.

I suppose I looked for a possible future self in her. Since turning 60, I have noticed my body doesn’t bounce back from slings and arrows as it once did. Pema Chodron, Buddhist nun and bestselling author, says that it’s a fact of life everyone needs to accept: the body will get old (unless it doesn’t, which is perhaps a worse option), the body will break down, there will be pain, the body will die. 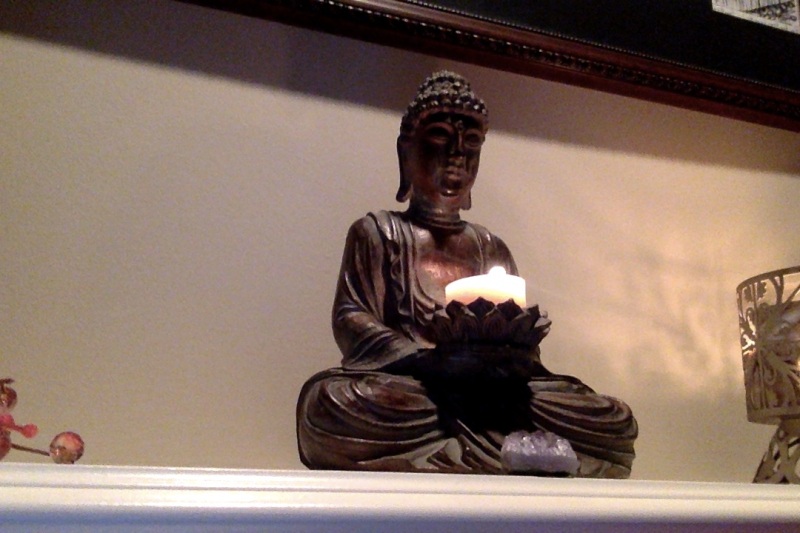 Only days after I read this unsettling passage from Pema’s work, I encountered the silver-haired elder. In fact, the grocery store seemed bursting with senior citizens. Far more than usual. Everyone, even the meals on wheels brigade, comes out for supplies during the holidays.

But as I had questioned Pema’s assertion, something she seemed to think was a given, not up for discussion, so too did I reject the spice aisle lady’s premise that aging is something to despise. Perhaps I am being wishful and romantic, but I like to think that every age has its gifts. That moving closer to the end does not have to be painful and fraught with negativity.

Is it possible to grow older with peace? To put the pain of aging bones into perspective, to think of our bodies, even as they fail, as being full of grace? Tis the season for wishes, and this is mine.