Someone older and supposedly wiser once told me a long time ago that guilt was a useless emotion. I remember feeling very defensive about this. I didn’t want to accept it. I very much wanted this person to feel guilty for all the horrible things they had done to me. That would mean at least they recognized how they had wronged me and who knows, maybe they’d even apologize or make amends in some small way. But no, to this person, guilt was a wasted emotion.

Don’t tell that to Brene Brown, a leading authority on shame and the constellation of emotions surrounding it. In her latest book, Rising Strong, Brown affirms the intuition of my younger self: guilt can be a powerful way to figure out wrong turns, take the steps necessary to correct them, do better the next time. Guilt teaches us to have more empathy and compassion, to be more forgiving and more loving. Calling it a waste is the real mistake.

Brown makes a careful distinction between guilt and shame. Guilt is feeling horrible about something you did, shame is feeling horrible about who you are. In a way, when that person told me guilt was a useless emotion, it made me feel ashamed. Who was I to think guilt was a good thing? Who was I to go around feeling guilty and hoping those who had done cruel things to me felt guilt too? What kind of horrible human being was I, anyway? Was I really so stupid as to think that guilt had a place in my life? That it was in some way a good thing? That is how shame gets you. It makes you question your own intelligence and integrity. It twists logic.

There is nothing to be gained from shame, which is the irrational fear that there is something intrinsically wrong in me. Something unfixable. When I drag shame out into the daylight, admit my feelings and unpeel the layers by writing about it, I come to Brown’s conclusion: I am not perfect, I am only human, and I need to forgive myself, let go of shame and get on with things. Shame, not guilt, is the useless emotion.

Once I have let go of shame and absorbed the lessons of guilt, I can use them to grow more fully into what Brown calls wholeheartedness (which to me is pretty much the point of life, to become whole, to be at peace, to accept imperfection and to love myself and others with my whole heart). I can draw more secure boundaries, adjust and affirm my ideas about how to live with integrity, and move on. 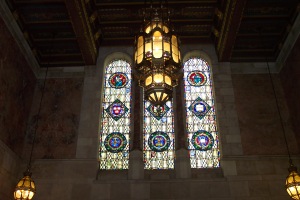 Except what I’ve noticed is that even after I do the work, regret never goes away. I will always regret the harsh words I’ve said, the wrong actions I’ve taken, the times I have hurt someone I love. Regret is a tough thing to live with. Regret is a result of guilt. It’s a burden and it’s something I struggle with. I wondered for a long time if I’d always have regrets or if by some miracle I could cure them, the way you cure shame by bringing it out into the light and looking at it.

As it turns out, I was doing the same thing with regret that other person was doing with guilt, considering it useless, wanting to banish it. Not so fast, says Brown. Regret is as useful as guilt and in similar ways. It  can help uncover shame, because for a lot of people, myself included, when I feel shame I do whatever I can to bury it quick.

But if I write about my regret and look at why I have this huge block of it, I find boundary issues I had not handled well, problems with trust that ensued from that, feeling foolish for missing huge red flags that tried to warm me disaster was just ahead, and so much more. And the value of that? Shame banished. Also, knowing regret has a higher purpose lets me live more lightly with it. Just like guilt, learning to work with regret lightens its load. It is a way to become a better human.