A friend once told me that even when he was with someone, he ended up alone. “I never meant for it to happen, but it did.” And he added that he was fine with it. This resonated, let me tell you. Are we all that way? Essentially alone and okay with it?

Actually I don’t think so. I think it’s just some of us. Some are alone by choice, some by circumstance, and some live in families of two or more where there seems to be genuine togetherness most of the time.

I love my husband but we don’t spend much time as a team at our house. Al is a bit of a loner, which I knew when I married him thirty years ago, and this was something that, at the time, I found quite attractive. I’d just untangled from a horribly possessive and dominating man and felt like with Al I could maintain my hard-won freedom. But everything comes at a cost. 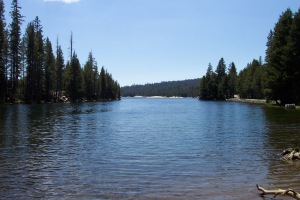 After my friend’s confession, I had to admit, I was in the same situation. All my life, I have longed for closeness, and, for one reason or another, have seldom found it. My husband and I work on being close, with date nights, one day of the weekend devoted to each other, and regular vacations. Besides that, I’m pretty much on my own. Unless I need him, which I try not to do, but if I do, he will do his best to be there for me.

I guess I thought that by the time we were sixty we’d be two spoons in a drawer. But it didn’t happen that way. I’ve slowed way down since moving to the country while his pace is more frenetic than ever. I worry he works too hard and plays too hard, but I don’t say much, because when you get down to it, it’s his life. He’s still the guy I admired for his independent ways. I’ve got to honor that.

But it can get lonely. Not a lot, I can be alone an awful lot of the time without being lonely. I’m a writer. We train ourselves to be alone early. I’m a reader. I need great swaths of time to lose myself in books. And yet, after writing my chapter yesterday, I found myself with time on my hands and feeling blue. Husband had not kept our weekend date because he took Monday and Tuesday off. Not for me, he was helping his dad move house, but still, the man only has so many hours. And he was so good when Owen was here.

So I took myself off to a double feature. I’ve been going to the movies alone for more than thirty years and it doesn’t faze me at all. What was sort of amazing is that they’ve put a bar in at the show. And you can take your glass of wine right into the movie.

The first movie, Trainwreck, was a hilarious comedy that inexplicably made me cry. I figured out later that it made me feel lonely for that romantic love that is just not always available. I somehow hold out hope for people who have happy endings; I hope they continue. But I was feeling a little blue for Ms. Boo Hoo. Trainwreck, the number one movie that weekend at my theater, or so the bartender informed me as I stopped by for my glass of wine, had comic bite and everyone was funny. The crying episode was totally my bad, with a little bit of Judd Apatow to blame. And tears before wine!

It was nice to have a glass of wine watching Love & Mercy. This was not a comedy, but a bio-pic about two important creative phases in Brian Wilson’s life. His musical flowering and then the slow descent of a sensitive soul who’s taken advantage of and so very unappreciated. It’s devastating to see this fall but so very affirming to see him crawl out of the hole he’d dug for himself, pushed down deeper and left for dead by crass commercialism, mean people, and manipulators.

It’s no secret: Brian prevailed! So that makes two happy endings in one day. They were both great films, but the second one was sweeter. Because it was true, and because it was earned.

Also John Cusack plays Brian. JOHN CUSACK. I never miss a movie by this master of soul. It’s like everyone else fades into the background when he’s in the shot. Or if he’s not in the shot there’s a little toe tap of “When will John Cusack be back?” I sipped my wine and never had to wait long. He’s got a meaty part and he plays it like Brian plays piano.

So if you’re feeling blue, go to the movies. It’s okay to go alone. I never even notice it anymore. I don’t need a person by my side. I’m interested in the people on the screen. And after the films, I met Al for pizza and then went home and listened to Pet Sounds.