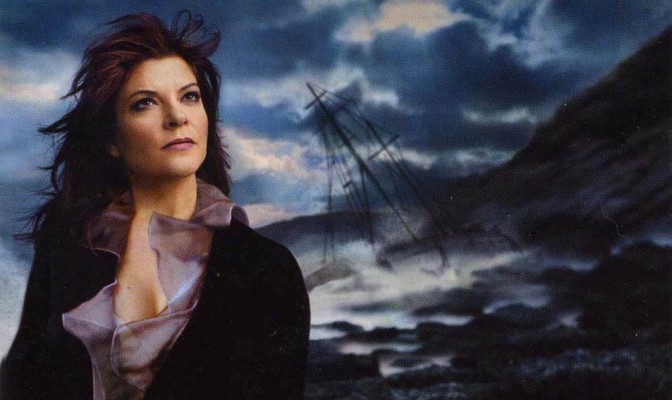 First, there must be music. Roseanne Cash on the iPod! That’s her in the photo above and also today’s title is hers. I read an article on plagiarism in Vanity Fair this month that scared the crap out of me so I am giving credit for every damn thing I say these days. There’s another rule for you: always give attribution. Even if you’re only using three words and a photo. Even if it’s a chord progression or a melody, respect, and sometimes royalties, must be paid. Just ask Tom Petty! Also on iPod.

Travel companions optional, but if you bring someone along, make sure they have a healthy sense of humor. This world of ours is truly a theater of the absurd. Be prepared to get lost in Brussels and stoned in Amsterdam. Take coins for the toilet at European train stations. Yes, it’s pay to pee! Also, don’t assume the London double-decker you hop on at your hotel will circle back. It won’t. You’ll end up in Peckham. In France, or anywhere for that matter, do not leave your passport with your travel companion in a long ticket line at the airport while you hunt down a loo. When you return there will be no line, no companion, and no passport. You are stuck in Paris forever. So sad! 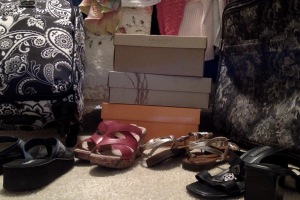 Carry cash and credit. In my case, all the above really happened and all turned out fine in the end, in every instance, including the one where we tried to pay for dinner with a credit card in a charming outdoor cafe we found while wandering the winding streets of Amsterdam. We had no idea where we were, dusk was coming on, and the cafe was closing in thirty minutes. Our waiter waved away our concerns despite a hefty bill that included much wine, a few appetizers and a lovely meal. I’m sure dessert was involved as well. “You’ll be back,” he said. And somehow we found our hotel, grabbed some cash, and got back just as he was sweeping up. The steel grill was halfway down and the chairs were all upended on the tables. Broom in hand, he beamed as if he’d been certain we’d return.

Plan carefully but remain flexible. So many unexpected things happen on vacation, no matter best laid plans. A flood in a tent in Pennsylvania where we (the kids were still small, thus “the camping years.”) watched the lightening illuminate the tent and the time the tent zipper broke and thousands of mosquitos invaded our sleeping space or when one of the boys broke out in chicken pox the first night on the way to Graceland. We packed up and headed home each of those times, but got all the way to Memphis the next year. And when the kids were grown and gone, Al and I went back and did Beale Street right. We were passing through and it happened to be his birthday that night. Flexible=fun. 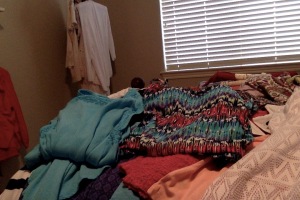 Optional New Bathing Suit. Cover up at my age: Essential!

Make reservations but also make room. I’m a planner, Al not so much. What I’ve learned to do is keep some time free in any trip for spontaneous detours. This came in handy when we landed in the U.K. only to be told that there had been an outbreak of foot and mouth and the countryside wander we’d planned would not be happening. It was London or nothing. No Shakespeare’s birthplace. No Stonehenge. So we took the Chunnel to Paris, which was not part of our original plan at all, but turned out to be my favorite part.  Of course now we must go back to England, but that’s fine. There’s much more of Europe to see, and now that most places have the Euro, I won’t confuse Belgian francs with French ones and upset my cab driver.

I once bought all new cosmetics as I’d accidentally forgotten mine at home. Not this time! I mean, I bought some new make- up, but only because I needed a good shampoo for the new hair color. Blonde!

Relax. I say this as a short person who has enough leg room in her economy airplane seat. I say this as someone who has road tripped through Topanga Canyon and motored the curves of Molholland Drive. Also the road to Hana. These types of journeys take nerves of steel. Or emergency vodka, but only if you are not the driver! My nerves are never good in automobiles at high elevations or in airplanes experiencing turbulence. On the plane, ask for an extra mini-bottle from the drinks cart and save it for turbulence because when you really need the emergency vodka, they’re not serving.

I hope to post here a few times in the next few weeks, while vacationing (and meeting an agent!) in “Michigan South” as we call Florida. Yes, my mate and I are following those sunbirds to sandy beaches. Mixing it up, we will be staying on both coasts this time. We’ll watch the sun rise over the Atlantic and see gorgeous sunsets on the Gulf of Mexico.

One final piece of advice: if you’re a traveler (not everybody is) and you’re contemplating a companion, make that person someone who also likes to get out of town. It will keep things interesting. Amusing, even.