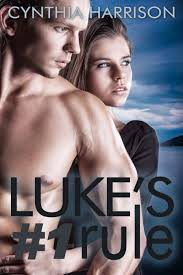 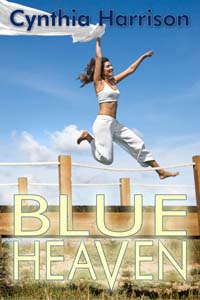 In the novel I’m working on, tentative title Luke’s #1 Rule, people misunderstand each other’s motives all the time. Chloe’s mom, Ursula, thinks her daughter and grandkids are leaving the state to get back at her for moving a few hours away, and for not continuing to provide Chloe with free housing, home cooked meals, and babysitting.

In Chloe’s mind, nothing could be further from the truth. She knows it’s time to stand on her own feet and raise her boys by herself. Her mom’s decision just urged her to do what she knew all along had to be done. Staying with your mom when you’re thirty-something is not Chloe’s idea of success. But her mom made it easy, her sons were happy, and she knew they were being well cared for as she re-entered the working world.

Now Chloe has the opportunity of a lifetime and she’s taking it even though it will move her far away. Chloe needs to provide for her children, and this job has great health care, benefits, and a salary twice the size of her current position. Her ex-husband is a loser without a job. He’s also got a drug and drink habit fit for a rock star. Chloe wants to get as far away from him as she can. She doesn’t want her boys exposed to her ex’s dysfunctional and destructive lifestyle.

The chess pieces are on the table and the players have no idea what move the other will make. Ursula pulls a bold move with the help of a friend, setting Chloe up with her pal’s handsome son. There are too many mixed signals between Chloe and Luke to count.

Luke is a bit of a mystery man. What’s his motive? Chloe isn’t sure. He keeps her off balance, because his emotions are in turmoil, too. Nobody quite knows what anyone else is up to. Even her ex has a strategy to thwart Chloe’s ambitions.

And isn’t life like that? Some people may not even be conscious of the reasons behind their behavior. Like today, when I wrote about my novel-in-progress instead of the novel that’s just been published. Mixed message. Honest mistake.

My current release, Blue Heaven, also has a couple, Eva and Daniel, who send each other mixed messages on their path to true love. One character deliberately sets out to manipulate Eva. She can’t be sure who has betrayed her, she just hopes it’s not Daniel. Blue Heaven is on sale exclusively at Kindle for three months and, best of all, will be free the first five days of October.

Yes, I am a die-hard Tom Petty fan. His lyrics often reflect how he deals with creative juice. That and Love capital L are his two stand-out themes for me. There is a kind of love brewing in me now. It wants to spill into the novel I’m writing, or maybe take me off-track altogether. I just don’t know yet, because I haven’t let out the words.

As a writer who has published five books, I know how to put my nose to the grindstone. It’s never easy for me to write the sad stuff, the bad stuff. The last time I left off, I’d just had my character hit bottom. Now he’s heading for a confrontation with his ex-wife over custody of their children. And all I want to do is write about Love.

The ex-wife is in love, she’s got it bad, but she’s totally torn. She doesn’t see a way to have a future with this man who has her heart. So, I’m thinking, let the new lovers have a little interlude of dizzy pleasure before everything goes to hell. What’s the harm? Readers, especially romance readers, love the romantic parts of novels. That new love feeling is difficult for me, since next month I’ll have been (mostly happily!) married to Al for 28 years. Or it was until I met someone from my past who made me remember what it feels like to be in love.

So, since in real life I’m not going anywhere,  I can sublimate my recently ruffled feelings by putting them on paper. Just like Tom Petty, I’m going to listen to my heart. It’s gonna tell me what to do as I run down this dream the only way I know how. By making it happen in a book.

My publishing contract states there must be at least one consummation scene in every book. Most people call these sex scenes, but an article I read on writing them (yes I need instructions!)  said they are really “love” scenes because  when the hero and heroine make love for the first time, it’s a turning point in the story. They are committed.

Last time my critique group met, I gave them pages with the love scene deleted. Just a little note where the scene went. They insisted I send it to them. This is a first for our group, and we’ve been together for several years.

These scenes are the most difficult to write. When I reviewed romance novels and women’s fiction for a living, I saw too many mixed metaphors and cliches. The only consummation scene I’ve ever read and liked was in Jennifer Crusie’s Welcome to Temptation. I prefer the flirting and the attraction and the yearning. When they get there, I want to close the door.

Still, they’d all asked for it, so I sent the scene, which was less than a page and a half. Here are my favorite comments:

“Can you begin the the sentence with a word other than ejaculation?”

“I don’t think she’d be thinking of biology class at this time.”

Ha. Those critiques were both from women. A male member, no pun intended, asks me to switch paragraphs. I need to look at that a little closer to see how it flows. The other male in our group gave his wife the pages and she commented for him:)

I like writing the first kiss, the first touch, the major attraction moments, the almost did it but were interrupted scenes. I have lots of those. Consummation? Only what the contract calls for.

Actors always say things like “filming a love scene is anything but romantic.” Same goes for writing one. At least for me. If you’d like to read my consummation scene from The Paris Notebook, it comes (sorry!) early, Chapter Four, pages 22-25. Page 24 to be exact.

Another thing, just discovered today, ask yourself, your writer self, Where are you reluctant to go with this story? What do you plan to gloss over as you write this? What secrets are you keeping from your characters? I have been asking myself these questions for weeks. This book of my heart is going to break my heart. And it should. I want it to. So, I’m going there. I’m putting things on the page that I never planned to bring to light. Important things. Shameful, hurtful, awful things.

And that’s good. Today was the break-through in terms of finding a way to develop a character and enhance the theme of my WIP.

Maybe some of you know that I was once a divorced mom of two little boys. Most of my good friends are not writers, and they don’t read my blog (just guessing here, I know a few of you do!) but what my good friends will tell you is that I carried so much guilt for so long after my divorce. For years, I spoke of almost nothing else when I got together with them. And while the frequency tapered off, I was never fully able to forgive myself for splitting up my family.

When I did it, I was a stupid 26 year old who had no idea she was breaking her little boys’ hearts. I told myself it would be fine, we’d have joint custody, we were modern, blended, cool. Ha. That was not my experience. Not cool. Not blended. Not healed. We went through all the motions: sightings at recitals, graduations, weddings. We were polite. But we did not heal; I did not heal.

I wanted to write about the struggles of blending families and how nobody should ever kid themselves that divorce is “for the best” or “fine in this day and age.” I’ve been married to Al, my current husband, for 28 years. I was married to my children’s father for 7. One reason I stayed married to Al was because I was not going to put my children through another divorce. I wanted to walk away so many times in those early days. But I didn’t. And now I’m so glad I stayed. Mature love is a sweet gift.

I’ve wondered, and gone through it aloud with friends, since I stayed with Al, should I have stayed with my children’s dad? Were we just having a rough patch? We saw three counselors and waited two years to finally split. I tried. He did too. It just wasn’t right. Not for us. But this idea that I should have rode out the tough times continued to haunt me and my friends continued to listen to me beat myself up about the divorce until this year, when I finally got it. It’s like being in an airplane when the masks fall down. You put your own air mask on before your child’s. I was saving myself and since then have been trying to save the boys.  Who turned out pretty great, btw.

So how to write about this without exploiting anyone? Obviously, the ex had to be completely different from my real ex. The kids needed to be different, too. As well as the hero and heroine. Where I was stuck was with the ex. Everybody else came to the table ready to tell this story. But the ex was recalcitrant. He was stubborn. He refused to move on the page. He wasn’t true. And I don’t mean true in the sense of “really happened” but true for this story.

I knew I was blocked because I respect my ex-husband so very much. I didn’t want to make him a bad guy, which would be your obvious choice in a romance. I just thought that road was too easy and a little bit mean. Today, the ex finally spoke to me, in his own words, telling his own story. This is the day I have been waiting for without really knowing what the search was about. I’d been keeping secrets about my character, even from myself. Glad he finally got me to pick up the pen so he could have a go at giving me all his angels and demons.

Sometimes, it’s not about the characters and their secrets. Sometimes it’s about the writer and her secrets.